For those of you who don’t already know, kratom (mitragyna speciosa) is a tropical plant native to Southeast Asia that affects opioid receptors in a manner similar to opiate-based pharmaceuticals. As a drug, it is often used to alleviate pain, anxiety, libido problems, and high blood pressure. It is legal in most areas, including the majority of the United States, and because of its opiate-like effects, it is often used recreationally. It can be found in the form of a dense, dark powder, crushed tea leaves, or extract liquids/pills at many head shops, tobacco stores, convenience stores, and kava bars throughout the world.

Due to its recreational uses, there is a fair amount of controversy surrounding kratom as it does deliver an opiate-like “high.” However, there are currently no serious, negative side effects associated with it. Here is a list of the major, known health benefits associated with kratom:

Many people use kratom in order to experience a safe and legal “high” feeling. Ingesting kratom results in an increase in metabolic processes which, in turn, affects several of your hormone levels. Those who use kratom to boost their energy level tend to drink kratom in the form of a tea. The taste is incredibly bitter, so sweeteners such as raw, unfiltered honey are typically used to both improve taste and increase health benefits. People who suffer from chronic fatigue syndrome have found relief in kratom tea.

Because of the increased hormone levels associated with kratom, it has proven to be very effective as a mood enhancer. Studies have shown that kratom helps with social anxiety, PTSD, major depressive disorder, high-stress careers, panic attacks, and other such conditions and disorders. In addition to its effectiveness as a mood enhancer, kratom does not exhibit many of the negative side effects that go hand-in-hand with prescription anxiety medication. Those who use kratom for purposes of anxiety relief often ingest extracted liquids and pills, as these are typically stronger than kratom tea.

Kratom tends to increase a person’s sexual appetite which is hugely beneficial to those who have decreased sexual energy, erectile dysfunction, etc. This benefit is really just a positive side effect of the kratom’s anxiety relieving properties. Be forewarned, however, that one of the few negative side effects of kratom is delayed ejaculation. Obviously, this may just as easily be viewed as a positive benefit depending on the individual.

Recent studies have shown that kratom can reduce blood pressure and increase blood flow. Tension in your cardiovascular system can lead to serious heart conditions, up to and including heart attacks. By affecting your hormone levels, kratom is also effective in regulating insulin levels. Further studies are currently being done on the use of kratom with diabetic patients.

While it has been argued that kratom itself can cause psychological dependence, it has been used for a long time as a way of “coming down” off of opiate-based, illegal/controlled substances. Instead of quitting heroin, opium, oxycodone, etc. cold turkey, drug addicts can use kratom to manage the horrible withdrawal symptoms experienced by recovering addicts in rehabilitation clinics. Chewing on kratom leaves while withdrawing from illegal drugs can alleviate many of the more uncomfortable symptoms associated with recovery.

Kratom is an all-natural, pain relieving, anxiety reducing, legal drug that has been safely used by people in Southeast Asia for hundreds of years. That said, it is still a source of heated controversy, especially in First World nations where it is often sold as a recreational drug. There are a few negative side effects associated with kratom, such as constipation, fatigue (felt as the primary, “high” effects wear off), and nausea (especially when the raw leaves are consumed, as they taste horrible). But these side effects pale in comparison to man-made, chemical opiates.

Continuing studies on kratom’s effectiveness are discovering new health benefits to this versatile, natural remedy almost every year. If you are interested in trying kratom you should make sure that it is legal in your area as some states, counties, and cities have banned kratom from being sold. Also, as kratom does deliver a “high” feeling (the intensity of which can be fairly substantial depending on the dose), be sure to use it responsibly.

The writer of this article is not a health professional and the opinions provided are that of her / his own. The information provided here is an opinion and not professional advice. Be smart, consult a doctor if you have questions regarding your health. 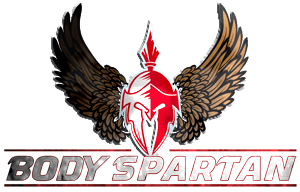 Bethebro.com is a participant in the Amazon Services LLC Associates Program, an affiliate advertising program designed to provide a means for sites to earn advertising fees by advertising and linking to products on amazon.com.

Scroll back to top